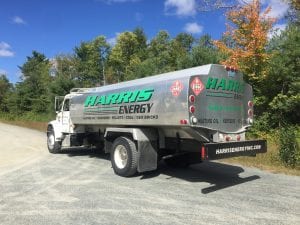 After retiring from the trucking industry, Ralph Harris wanted to do something with his free time he was realizing from his retirement, so he decided to open his own business.  In 1977, he started Cash Oil from his home and one truck. Ralph felt he could provide a high level of customer satisfaction at a fair price.  Two years later, he changed the name to Harris Energy, Inc.  He purchased the property on Highland Avenue and that is where Harris Energy ran its daily operations from until May of 2016.  Over the years, Harris Energy has slowly and steadily grown its customer base to where it is today.  The Oil Storage Facility and Delivery System had remained virtually the same as it was in 1977 until the spring of 2000, when Ralph bought his first new oil truck.  This provided for faster more efficient deliveries.

Back in the summer of 1999, when Ralph was really ready to retire again, he began looking for a buyer for his business he built from the ground up. Ralph had opportunities to sell to other larger companies that would simply close Harris Energy and consume the customer base into its own.  Ralph wanted to see his business continue to be locally owned and operated by a person with ties to and pride in the community.  In August of 2000, Ralph hired Carroll Lucas to manage the operations of the business and potentially purchase the business in the future.  When Carroll came to Harris Energy he had been in the oil business for a little over 6 years as a driver and a service technician.

In 2006, Carroll and his wife Kristen completed the purchase of Harris Energy from Ralph Harris.  Since then, the business has continued to grow its customer base on the same principles that were used to start Cash Oil. Carroll and Kristen purchased their first new oil truck in November of 2006, and have made several other changes since to increase the efficiencies of Harris Energy’s day-to-day operations.  By providing the highest level of customer satisfaction available at a fair price, they have not lost sight of how Harris Energy got to where it is today.

During the summer of 2008, the oil storage facility was rebuilt to meet the most current federal and state guidelines for above ground storage facilities.  Having a concrete containment spill system coupled with the latest technology of bottom loading their trucks, along with over-fill protection, makes Harris Energy one of the safest facilities in the area.

In the fall of 2008, Harris Energy began to diversify its energy products to include alternative fuels, including Wood Pellets, Coal and Geo-Bricks. 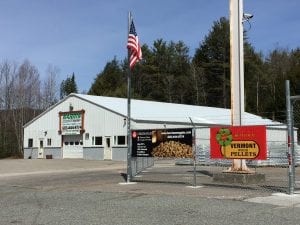 In the spring of 2015, Carroll and Kristen came to the realization that their “little” facility could no longer support their growing business needs,  they began to look into buying a new retail office location for Harris Energy.  After months of searching, a property became available on West Main St in Littleton that Carroll and Kristen purchased in the fall of 2015 with the intent of turning into the new retail office location for HEI.

This property was once a wooded parcel of land that rumor has it, was cleared and the gravel and sand below were used to build Interstate 93.  After that a garage was built, called 2 Brothers Garage, that housed several businesses over the years.  Many years later, a local businessman by the name of Kim Richey bought the property, built the building that stands on the land today and moved Kim Richey Auto-Body to West Main St. from it’s former location.  Richey sold his building and property to a couple brothers who opened A Notch Above Automobile Co. in the early to mid 90’s.  Carroll and Kristen purchased the property from these brothers.  Over the next several months Carroll, Kristen, family and close friends worked many long hours remodeling the offices and garage space to meet not only today’s business needs, but the needs for many years to come.  The new facility opened for business on May 23rd, 2016!!!

HOURS:
MONDAY THROUGH FRIDAY
8AM – 4PM